Here are a few miscellaneous prototypes/dev cartridges that I have picked up in my random travels.

Well, the first cool thing here is some kind of graphics editor/tester for the Mega Drive. Turn the MD on, and a cartoon drawing of a person with a Mega Drive for a head quickly runs across the screen. Then, it goes to a blank screen with a blinking cursor and 3 numbers on the right side. I suppose if the lower two sockets are loaded with EPROMs, this thing might be able to view/edit the graphics or level data.

This cartridge was obtained through some big sale of Compile (the creators of great shooters, and Puyo Puyo) items, so I believe that Compile used these cartridges for debugging. The labels on the EPROMs read "MDGLDR 93/12/22".

Here are some prototype and sample ROMs for the Famicom. The ones on the left all appear to be samples/prototypes that were sent out to magazines or shops for previewing. A few of them are different from the released versions of the games. The titles are: Fighting Wars, Super Mario Bros., Duck Tales, Dengeki Big Bang! (Clash at Demonhead), Burgertime, and Family Jockey. The pic on the right is one of two protos that I have of the Famicom version of "The Empire Strikes Back". 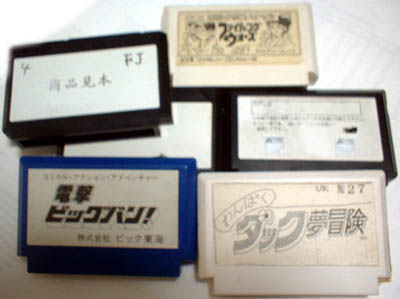 Next up are some GB flash ROMs. These are official cartridges that Nintendo sells to developers for a steep fee. I now have 3 of these carts. Two of them hold prototype versions of GBC Zelda Oracle of Ages and Oracle of Seasons (yes, the ROM data is different!! The checksum of the Zelda games are "0000" on these flash carts, and near the beginning of the ROM, there is the text "2001/01/30 10:52", beating the Japanese release date by 27 days.) The other flash cart has corrupted data, unfortunately. But it's not a big loss, since I believe this cart used to hold a Pokemon game only. :-P 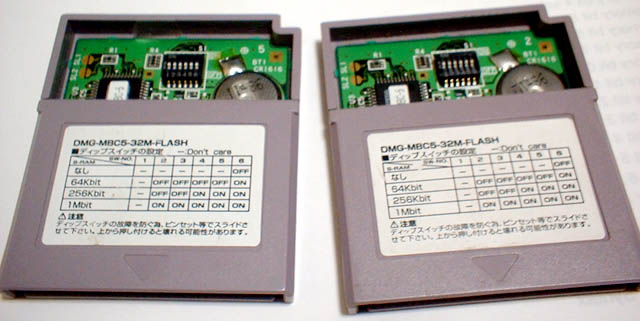 Finally, it's not a totally rare score, but this thing below is a GB prototype cartridge of the old EPROM variety. This is the type of cartridge that developers used at the earliest stages of the GB's life. This particular board, however, was made in 1994, and has space for a 16 megabit game (on four 4mbit EPROMs). 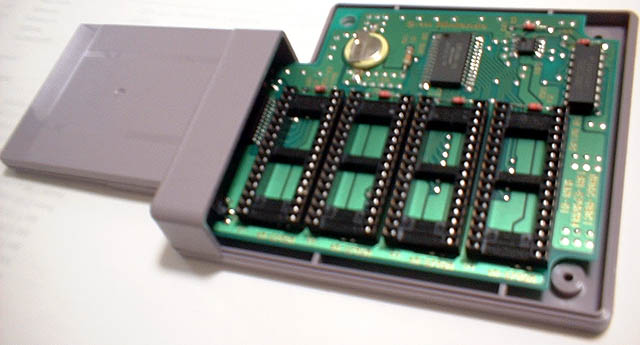 And better to gauge the size of the thing, look at it inserted into my GameBoy. It's huge!!!